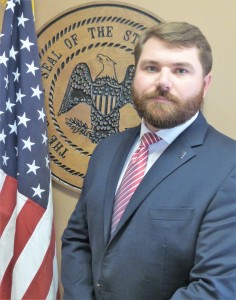 Assistant District Attorney | austin@msdeltada.com
A native of Madison, Mississippi, Austin Frye attended Mississippi State University for his undergraduate degree, achieving his Bachelor of Arts in History in 2009. Mr. Frye attended law school at the University of Mississippi, earning his Juris Doctor in 2012. Mr. Frye spent 6 years in private practice before accepting a position as an Assistant District Attorney for the 4th Circuit District in 2018. Mr. Frye is proud to represent the interests of justice in the place he calls home: the Mississippi Delta. 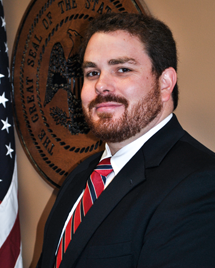 Assistant District Attorney | john@msdeltada.com
John L. Herzog Jr. is an Assistant District Attorney for the Fourth Judicial District who works primarily out of the Greenville Office. He graduated from the University of Mississippi with a Bachelors of Arts in Political Science and History. John graduated cum laude from the University of Mississippi School of Law, where he earned a criminal law certificate with an honors distinction. He is licensed to practice law in Mississippi, Tennessee and Georgia and is active in the Mississippi Prosecutors Association, where he has served as a member of the Board of Directors for several years. 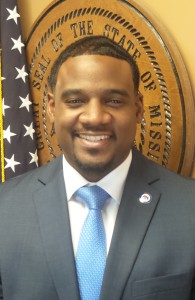 Assistant District Attorney | kaylon@msdeltada.com
Kaylon A. McCou serves as an Assistant District Attorney for the Fourth Judicial District stationed in the Washington County office. Born in Houston, Texas, McCou considers himself a Mississippian—having been raised and educated in Jackson, MS. A proud product of Jackson Public Schools, McCou went on to earn his Bachelor of Arts in Political Science from Jackson State University and Juris Doctor from Mississippi College School of Law with Honors. During his matriculation at MC Law, McCou had the opportunity and privilege of serving as an Intern for the Public Integrity Division of the Mississippi Attorney General’s Office and, later, the Mississippi Supreme Court in the Chambers of the Honorable Justice Jim Kitchens. McCou is an active member of the Magnolia Bar, National Bar, and Mississippi Prosecutors Associations. 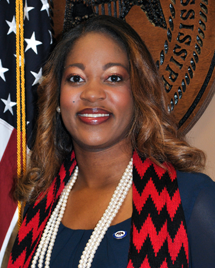 Assistant District Attorney | tperkins@msdeltada.com
Assistant District Attorney Takiyah H. Perkins is a native of the Mississippi Delta.  She was born, raised, and educated in Greenwood Leflore County School District.  She matriculated to the historic Tougaloo College where she obtained a Bachelor of Arts Degree in English and Bachelor of Arts Degree in Political Science.  ADA Perkins proceeded to further her educational desires by attending University of Mississippi School of Law where she earned her Juris Doctorate.

While serving at the District Attorney’s Office for the Fourth Judicial District under the leadership of District Attorney W. Dewayne Richardson, ADA Perkins has tried numerous felony cases in Leflore, Sunflower, and Washington Counties.  These felony cases range from drug crimes to capital murders.  Since stationed at the Washington County Office, ADA Perkins has remained dedicated to the community and maintaining justice. She has proven herself to be an aggressive prosecutor who holds defendants accountable for their actions, all while ensuring that their rights are protected and that the victims and families of victims receive justice. During her career as a trial attorney, ADA Perkins has practiced with dignity, integrity, and reverence for the Court.  ADA Perkins is a member of the Mississippi Prosecutors Association where she has served on the board of directors and she currently serves as the Fourth Circuit Court Drug Court liaison in the Washington County office. 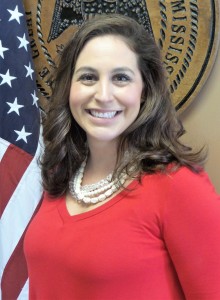 Amanda Sturniolo Langford grew up in Greenwood, Mississippi, and graduated from Pillow Academy in 2008.  She played soccer at Mississippi College where she received a Bachelor of Arts in Business Administration in 2012.  Amanda went on to earn her Masters in Business Administration and her Juris Doctorate, from Mississippi College School of Law, both in 2015.  During her time at MC Law, Amanda competed in numerous trial competitions, received the Dean Rosenblatt Leadership Award, and interned at the Mississippi Secretary of State’s Office, the Hinds County Public Defender’s Office, the Mississippi Supreme Court for the Honorable Ann H. Lamar, and the District Attorney’s Office for the 17th Circuit Court District where she was sworn into limited practice.

Amanda was admitted to the Mississippi Bar in 2015 and worked as Law Clerk for the Honorable Lee J. Howard, the Honorable James T. Kitchens, and the Honorable Lee S. Coleman in the 16th Circuit Court District.  After clerking, Amanda joined the Winfield Law Firm, P.A. where she practiced criminal defense and insurance defense. Amanda joined the District Attorney’s Office for the Fourth District Circuit Court of Mississippi in 2018 and will primarily work out of the Leflore County Office in Greenwood, Mississippi.  She currently resides in Greenwood with her miniature schnauzer, Docket.