Richardson added, “This money belongs to all the taxpayers of Washington County. The District Attorney’s Office is happy to have collected this money and returned it to the community. District Attorney’s staff member, Markeda Brown works tirelessly as the Check Unit Director attempting to collect funds for all Worthless Check victims within the Fourth District.”

Section 97-19-55 of the Mississippi Code, commonly known as the “Mississippi Bad Check Law”, authorizes District Attorney’s Offices throughout to the state to assist victims of bad check writers in recovering restitution. The Bad Check Unit is self-sustaining and is funded exclusively by service charges recovered from defendants when payment of restitution is made through our office. In its simplicity, there are no costs incurred by taxpayers. Richardson wants to emphasize that there is no Statute of Limitations on worthless checks and that the Worthless Check Unit will do everything it can to make victims whole and to ensure that money owed to them is paid to them. 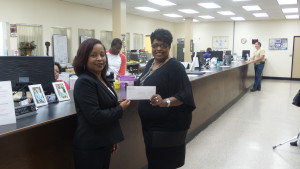 Greenville, MS – District Attorney W. Dewayne Richardson announced this week that Curley Faulkner pled guilty on October 31st, 2022, in Washington County Circuit Court, to one count of Auto Burglary, and two counts of Possession of a Firearm by […]... read more

Greenville, MS- George Fults was sentenced to a total of fifteen years with the Mississippi Department of Corrections for multiple felony offenses during Judge Ashley Hines trial week for a series of crimes that he committed in the fall of […]... read more